The Guardian: Environmental organizations lag behind the private sector on diversity

Posted on September 5, 2014 Categories: Press Clips Comments are off for this post

Environmental organizations lag behind the private sector on diversity

While corporations have made strides in more diverse recruiting, environmental groups still have a long way to travel to overcome their insider club culture 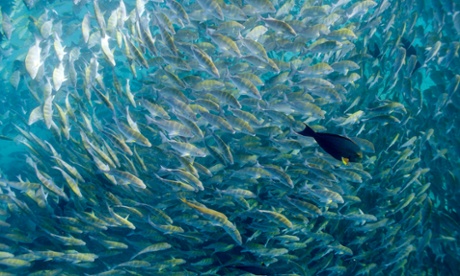 Corporate diversity is still a problem within green industries – and leadership positions are the worst off.

Last month, a report on diversity by University of Michigan professor Dorceta Taylor blasted US environmental organizations for their lack of diversity. Taylor found that ethnic minorities comprised only 12% of employees in these organizations, and that their leadership was overwhelmingly white and male.

But what about the private sector?

“Corporations do understand that demographics matter,” Taylor says, while environmental organizations “really seem to believe they can just continue to focus on white, middle-class workers, culture and ways of thinking about the environment”.

Today, corporations like General Electric, Johnson & Johnson, Walmart and General Motors have found ways to make their sustainability programs more inclusive. Some companies have sheerly pragmatic reasons for pairing sustainability and diversity: it’s good for their bottom line and creates the perception – accurate or not – that their brand is committed to inclusive, environmentally friendly practices.

Others are driven by more ideological concerns, including organizational missions that place a high value on environmental stewardship and social equity.

“Some companies are connecting the dots between their environmental initiatives, community wellbeing and social justice,” says Ed Quevedo, who teaches socially responsible business at Mills College in Oakland and works as an associate at Reos, a consulting firm specializing in human rights and sustainability.

Bottom up and top down

Some leading corporations have created a pipeline for recruiting diverse candidates into sustainability-oriented roles within their companies. On college campuses, for example, corporate recruiters seek out the best students, whereas environmental organizations tend to wait for the stars to come to them.

The latter doesn’t work, Taylor says. In her own academic department, the University of Michigan’s School of Natural Resources and Environment, students can concurrently earn a master’s degree in environmental science and an MBA. When they arrive in the fall, they are swiftly recruited and then mentored by companies that offer them internships. The internships often turn into permanent jobs after graduation.

Students who intern with environmental organizations, on the other hand, are less likely to be hired after an internship, which means they have to start their job search all over again. Taylor believes this is not just a question of resources, but of priorities. Environmental groups have failed to effectively reach and retain candidates that don’t fit a certain mold, she says, while corporations tend be better at “creating a structure” around new employees to support their development.

“With environmental organizations”, Taylor says, “there is so much insider culture you have to break through … it makes it challenging for anyone who is not a member of that club”.

Kellie McElhaney, faculty director of the Center for Responsible Businessat the University of California at Berkeley’s Haas School of Business, believes many companies also suffer from this legacy of exclusivity around environmental sustainability.

“There is a perspective that corporate responsibility and sustainability are a luxury of the highly affluent and highly educated,” McElhaney says.

One way to begin changing this is to ensure that diversity is present and visible at the top, too. McElhaney says: “The leadership ranks are where diversity is doing least well, and that leads back to the concept of ‘you can’t be what you can’t see.’”

The same goes for board representation. Quevedo points to the success of Symantec, a Silicon Valley technology company that made a concerted effort to diversify their board and bring women and representatives from the LGBTQ community into a business landscape that tends to be dominated by white and Asian men. These kinds of efforts pay off, he says, because the board sets the tone for the entire company.

Quevedo also noted a new trend in corporate philanthropy: supporting programs that expose low-income, minority and female high school students to opportunities in science, technology, engineering and mathematics, or Stem programs. Money that might have gone to traditional “green” activities like creek clean-up days or planting trees is now invested in the next generation of employees.

Bonta started the Center for Diversity and the Environment following his own experience as one of the only minority employees at a leading environmental organization. He says his ideas would be routinely ignored or overlooked – until they were endorsed by a white colleague.

“As a young person of color just out of graduate school, I had the latest knowledge around biodiversity, conservation and planning,” Bonta says. “[But] whenever I would say something, it would never get implemented until the second-in-command would repeat the same thing, and he’d get credit for it.”

Diversity has to be more than skin deep, Taylor cautions. There must be a genuine commitment to making the company’s environmental goals inclusive and responsive to the needs of employees, consumers and the communities directly affected by its operations.

Plenty of companies have sent black and brown and female representatives into low-income communities of color, for example, in order to gain approval for an environmentally questionable project.

But if a company genuinely commits to creating space for diverse voices to be part of the decision-making process, they are more likely to find a solution that works for everyone. It can work, Taylor says, if a company is open to people inside its own organization pushing for change, even if it conflicts with long-held, entrenched beliefs.

Op-Ed: How Better Data Can Lead Nonprofits to Greater Diversity